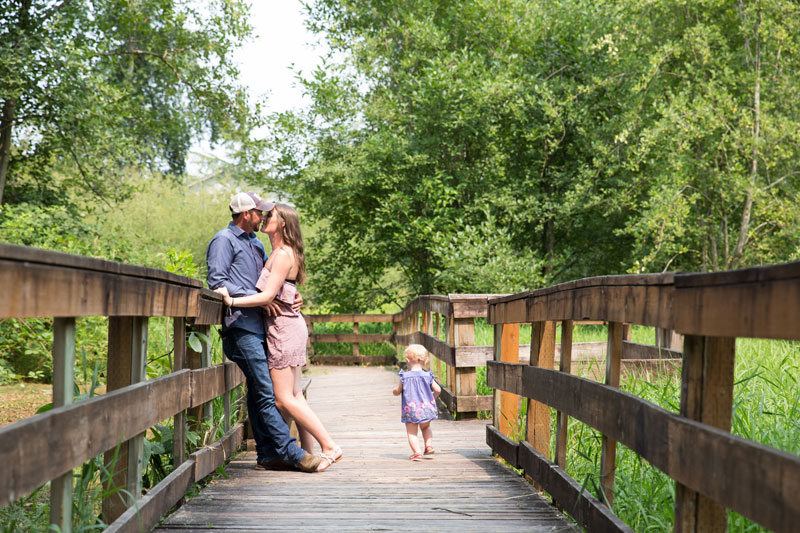 Smoke is an interesting thing.  If you live in the general Puget Sound area, you know that for the last week and a half, we were socked in by the wildfire smoke coming down from Vancouver B.C.  The air has finally cleared up for the most part, which is lovely.  However, during the midst of all the haze, I had a couple sessions to do as well as a wedding.

Erika and Jared wanted to get family photos with their daughter who is almost a year old instead of a couple-only engagement session.  It was a warm sunny day, but the skies were bright white.  And while I’m not typically the type to go “bright and airy” with my photography, the photos that resulted from our shoot show off an almost ethereal glow.  The smoky air gave the air something special, and the photos look simply sun drenched.  They show off the warmth of the day, and I think it captured their family perfectly.