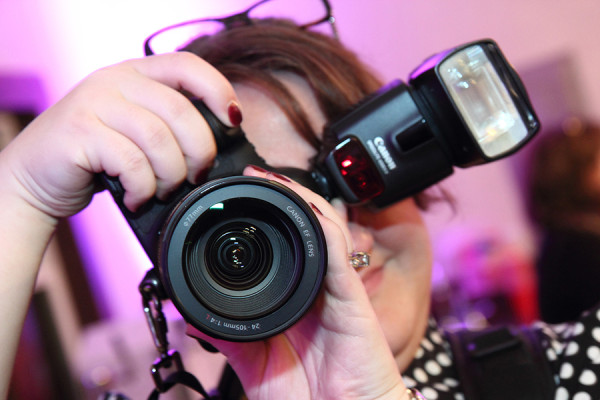 I found a hidden treasure.

The summer before my freshman year in high school, my hometown got a WalMart.  As part of their grand opening, they were offering film developing for a ridiculously cheap price.I don’t remember exactly what it was now, but I think it was somewhere around $1 a roll.  We had a box full of 35mm film in our garage – relics from several years past that my father had never gotten around to developing.  So my sister and I packed it up, got on our bikes, and took it in.  30-something envelopes later, my hand was cramping from writing down our address on everything.  But there was a sizzle of excitement about what we’d find when they came back.

I made a pact with 14-year-old myself that I was going to start taking more pictures.  My dad taught me the basics of f-stops and shutter speeds, and how to focus and switch out a lens.  His SLR was my favorite new toy, and I was obsessed.  It went with me to school, to football games and dances, and camping on the weekends during the summer.  Eventually, it went with me to college, and on to Southeast Asia and France for courses I took abroad.  My senior year at Linfield, I took a B&W film class that changed how I looked at the world once again. I started looking for the art in photography, not just the moments.

I did eventually graduate into the digital world, which has its definite benefits.  My first digital had a 1.2 megapixel sensor, and I was so impressed.  When I got a job a photo studio that was shooting on 6mp bodies, we were told about how high tech our gear was.  20-something me would balk at the file sizes I now shoot every day as being ridiculously unnecessary.

And now, years later, I have my dream of finally owning my own photography business.  I get to capture amazing memories for our clients, and there’s nothing better than that!

Looking for something?
Let’s Connect!
Melissa Miksch Photography CONTACT US HERE!
- or -
info@melissamiksch.com
1.360.430.1883